Early summer marks the beginning of fall race training for many runners, and for some of us, tackling training for a half marathon or marathon may include more than simply logging miles—it’s also part of efforts to raise funds for causes close to our hearts.

Participating with the Leukemia & Lymphoma Society’s Team In Training program is among the ways runners combine their running with a greater purpose. There are some 62 different chapters of Team In Training across the United States – more than 600,000 people have trained and participated, raising $1.4 billion since its inception in 1988 – and in Michigan, about 1,200 athletes are involved each year, says Renee Kendall, based in Grand Rapids, who serves as campaign specialist for the state’s Team In Training.

I recently spoke with Renee about the training and racing opportunities available to Michigan runners who choose to sign on with Team In Training. Fall races include: The Detroit Free Press/Talmer Bank Marathon; the Metro Health Grand Rapids Marathon; Bank of America Chicago Marathon; Nike Women’s Marathon in San Francisco; The Nation’s Tri in Washington, D.C.; and the Athens Greece Marathon.

“We offer training support for people who want to do marathons, half marathons, triathlons,” she says. “We provide all of the training and fundraising support.”

“We start every training off with a mission moment — every season we have select honored heroes for our team to honor and support. This spring, we had a young boy in Lansing who was undergoing treatment. We sent him pictures and letters — we were running for him. To me, that’s the best part of it, the most important part of it.”

“On top of that we do clinics throughout season – a gear clinic, ones on injury prevention, nutrition, and a race weekend clinic,” she says. “We provide all the tools you need, and we also provide race weekend accommodations, a TNT race t-shirt, opportunity for airfare, depending upon the event and how much you’re raising. We also do an inspiration dinner night before the event that brings family and friends all together.”

Meisha Williams, 40, is a Michigan runner who “wanted to be a part of something that had a personal impact on my life.” The Southfield mother of two college-aged children (“They helped me train by joining me on some of my mid-week runs,” she says) decided to become a Team In Training member because of her family. “I lost a grandmother and stepfather to cancer. My mother is also a breast cancer survivor,” she says. Here’s more from Meisha, who joined TNT in November 2013.

Please tell us more about why you got involved in Team In Training.

I had just started running in July 2013, training for my first 5K in October 2013. Most of my volunteer activities were connected to my professional life: dialysis/chronic kidney disease. When I signed up for TNT, I wanted to be a part of something that had a personal impact on my life. I lost a grandmother and stepfather to cancer. My mother is also a breast cancer survivor.

What has it meant for you to be involved with this organization, and what race(s) have you taken part of as a member of Team In Training?

I ran the Nike Women’s Half Marathon in DC. Describing what it meant to me is fairly hard. Running every Saturday during one of the worst winters in Michigan caused me to feel empowered. Meeting and training with other participants, who had family members that were either receiving treatment or had finished treatment, was both humbling and motivational. It also allowed me to be a role model to my children and extended family. I have colleagues and friends that are now interested in running. 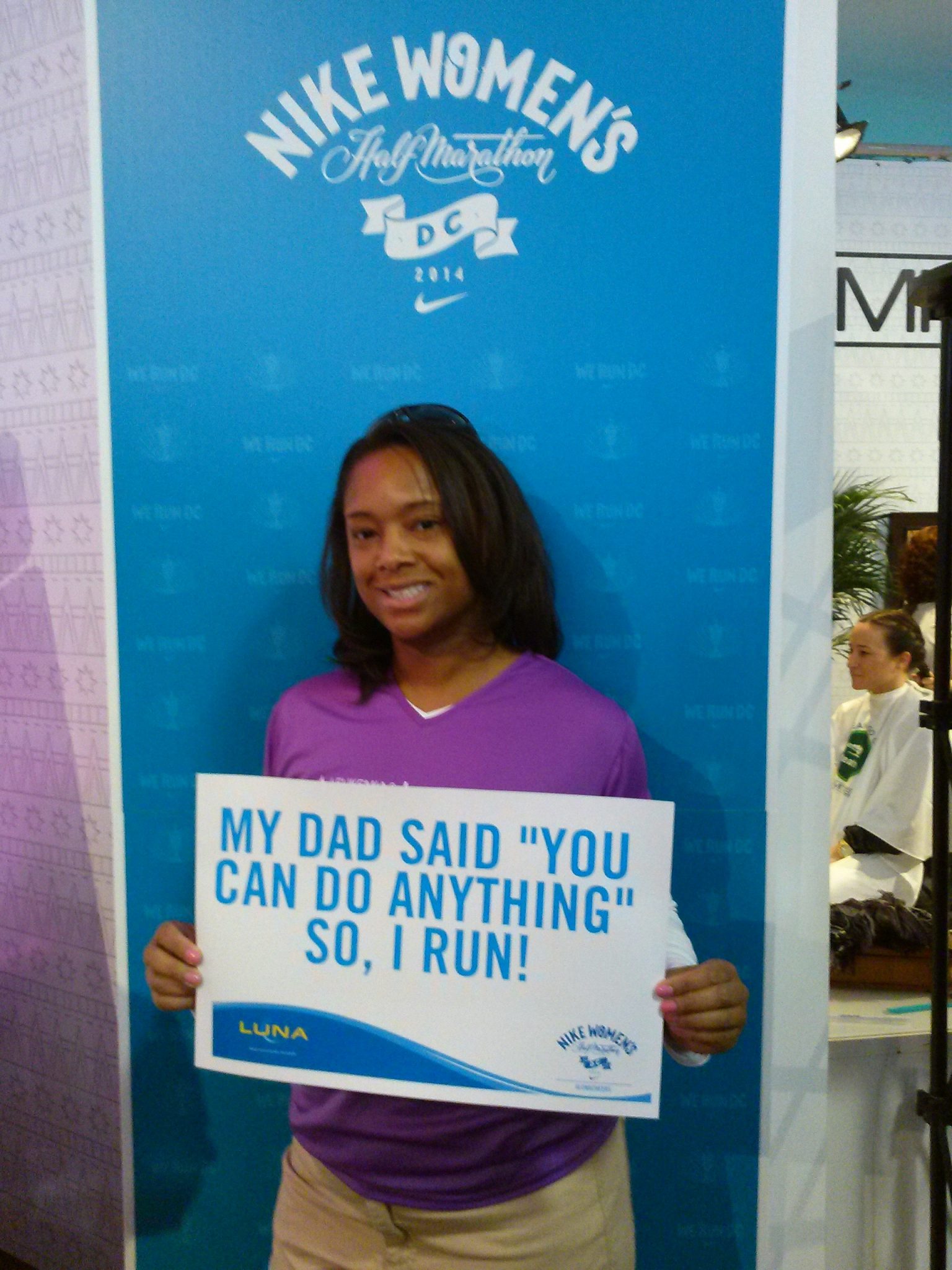 What advice would you give another runner who is interested in joining Team In Training?

The training program and fundraising may seem intimidating, but it is worth your effort. It is a great organization and you will inherit a large and encouraging support system. It amazed me that — no matter how cold it was — the coaches were ready with encouraging smiles and pep talks to get me through my training runs.

Anything else you’d like to add about your experience with Team In Training?

I was usually the last runner, every Saturday. The coaches stayed, in the cold, until the last runner finishes. No matter how long it took me to reach finish, there was always a coach there to tell me, “You are doing great,” and “Keep it up.” So, when I was running in the half marathon and felt tired, I would replay those words in my head to get me through. I still use those pep talks during my longer runs.

The organization looks for coaches each season. Summer coaches are all lined up, but to learn more about future opportunities (these are paid, contract positions), please contact TNT, Michigan chapter, at 248-581-3942.