When Lisa asked if I’d like to tag along as she marked a race course in Leelanau County this week, I jumped at the chance. I wanted to give her a hand and see what it was like to do this (most important tools: bike and white spray paint), and I also looked forward to enjoying a trail run with her. Extra bonus, we’d be running a route–Alligator Hill, part of the Sleeping Bear Dunes National Lakeshore–that I’d only heard about. Afterward we’d grab a bite to eat in nearby Glen Arbor, a quaint village along the shores of Lake Michigan. (This is one of my most favorite places in the world; you can read about a winter running adventure I had in this town here »)

We got an early start, heading out toward Glen Arbor not long after my kids got on the bus. It’s about a 45-minute drive from the east side of Traverse City, where we both live, to where we caught the trail just outside of Glen Arbor off M22. Here’s a map of Alligator Hill Trail, which includes a total of nine miles divided into several loops, from easy to advanced. I don’t think we ever did find any of the easy part…We decided to shoot for about 6 miles. The sky was clear, there was little, if any, wind, but it was chilly. I was glad I brought my arm warmers.

Based on the map at the trailhead, we needed to stick to the perimeter if we wanted to reach the top and catch the magnificent view everyone told us was a must. It would be our reward for all the climbing we’d do–and let me tell you, we CLIMBED. Lisa, a longtime high school cross-country coach, hadn’t run the course in about 15 years, since the time she’d brought her team out to train on the trails. As we climb…and climb…and climb, she admits she doesn’t remember it being quite this hilly.

But then…after passing a few hikers, and stopping for just a few steps–that was me, I just had to stop and catch my breath when we were nearly to the top–we came upon the most stunning view of Lake Michigan and South and North Manitou Islands. Wow. Truly breathtaking. This part is called Islands Lookout.

We chatted a bit with a hiking couple who stopped at the top not long after we got there–we learn they’re camping this week at D.H. Campground, in between Glen Arbor and Glen Haven on Lake Michigan–and then start running again, toward the look-out over Big Glen Lake. This is a short jaunt, less than a mile, and it’s an out-and-back. It’s a lovely zig-zagging path toward the look-out, though, with towering pine trees and a soft bedding of pine needles beneath our feet. 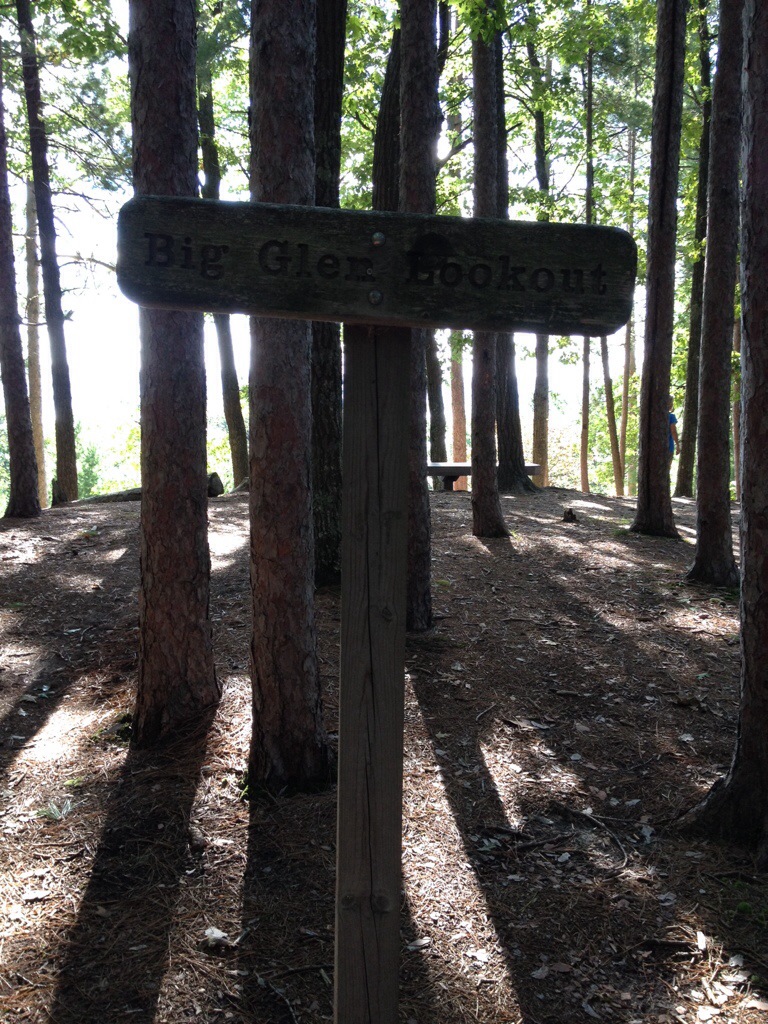 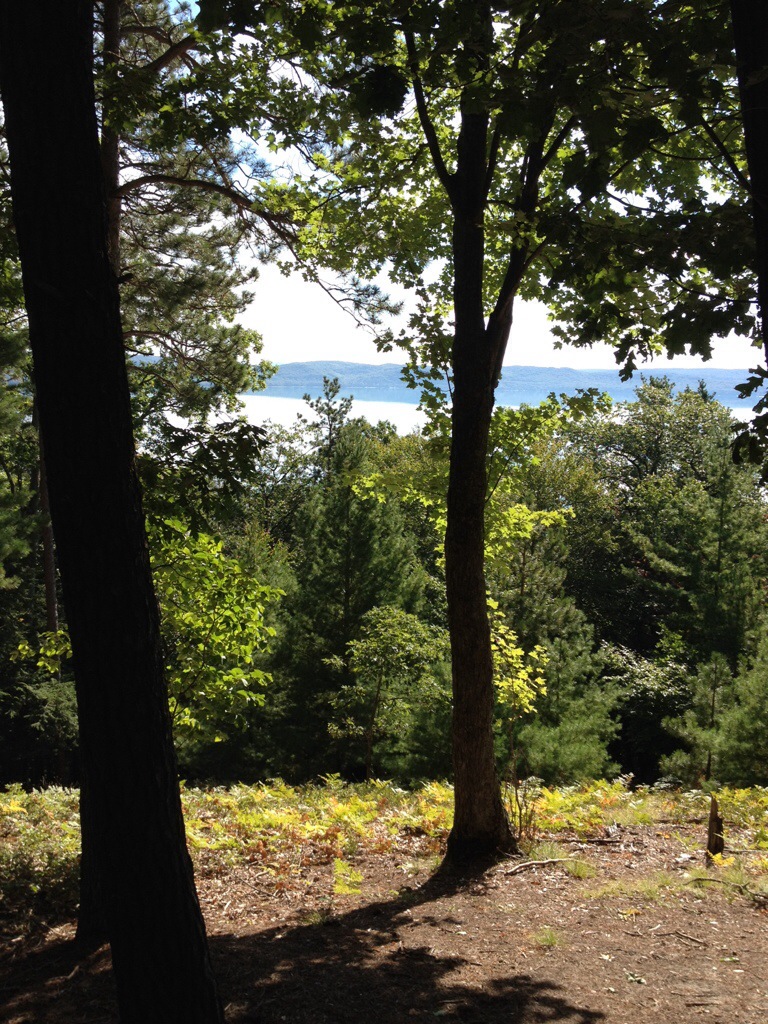 The good news is that after all of our climbing, we do get to enjoy a nice descent back toward Lisa’s vehicle. We end up running just over 8 miles–they were tough miles, but I’m surprised at how far we went. It’s amazing how time flies when you’re running with a friend, talking and laughing through the miles.

We jump in her car and head toward Glen Arbor, where we decide to jump into Lake Michigan. The air has warmed, the sun is high in the sky, and the water is actually not too cold. It’s refreshing.

After a quick change in the public restroom “bathhouse” down the street, we head over to Art’s Tavern for lunch. Of course we had to celebrate our tough run with a cold Michigan brew. We both go for a special-made brew for Art’s from Traverse City’s Right Brain Brewery. 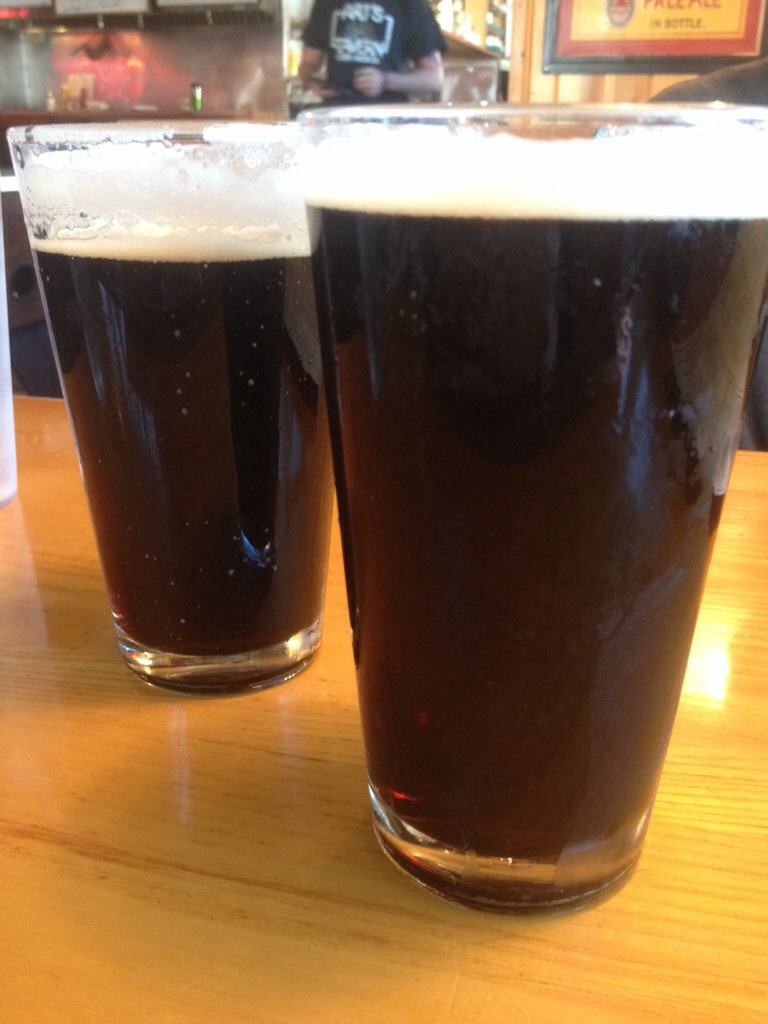 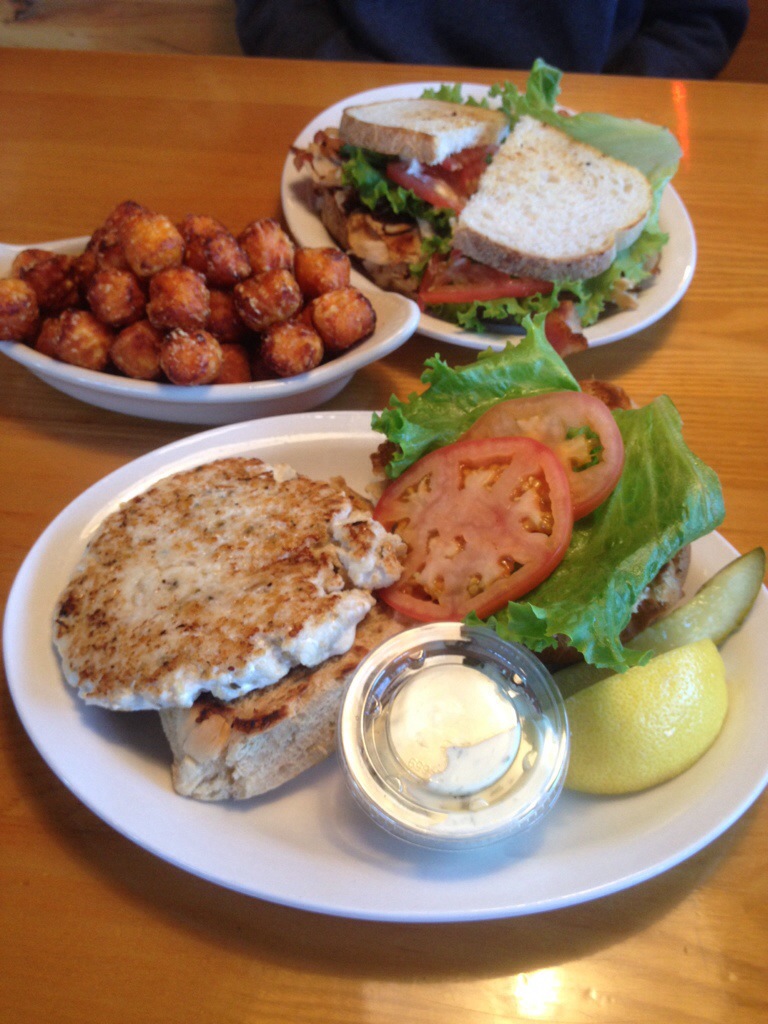 After lunch, we drove to Empire, where the Sleeping Bear Marathon and Half Marathon starts. From there we hopped on our bikes and got our second workout of the day in: marking the miles of this Oct. 6 race. I pretty much kept wanting to pinch myself, as tired as my legs and lungs got throughout the ride, because this area is so stinkin’ beautiful. The rolling hills, the tree-lined roads, the never-gets-old-view of the Sleeping Bear Dune Climb…this is going to be one beautiful race for the runners signed on (and spectators like me who get to be out there cheering on those running this second annual event). I can’t wait–and look for more on this race in an upcoming post.

If you’re looking for a challenging, picturesque run, Alligator Hill Trail is it. I can’t believe I hadn’t yet ran it, or at the very least, hiked with with my family. I guess it’s somewhat of a hidden gem; even friends of mine who have grown up in northern Michigan didn’t know about this trail, I’ve learned in the past few days. It’s a great workout, and a fantastic view–so worth the climb. And with great food and Lake Michigan nearby…it’s a definite must-run Michigan route.

And here are some interesting tidbits about Alligator Hill, from Michigan Trail Maps: The hill picks up its name from a long ridge and bluff at its southeast corner that resembles the silhouette of an alligator’s snout, best seen from the top of the Dune Climb. Alligator Hill is the result of glacial activity when two lobes of ice that gouged out Big Glen Lake and Little Glen Lake dumped their load of sand and rock between them. An ancient Lake Michigan, that was much higher than today’s Great Lake, went on to erode bluffs and cut terraces and notches on the flank of the hill, including the alligator’s snout.

The most unusual aspect of Alligator Hill is the remains of an 18-hole golf course on its north side, according to MichiganTrailMaps.com. The course dates back to the 1920s when David Henry Day, a prominent lumber baron who was responsible for the company town of Glen Haven, developed an elaborate resort that included golfing. The venture failed during the Great Depression but you can still see the outlines of fairways today from aerial and satellite photos such as those found on Google Earth.

Have you climbed Alligator Hill? What did you think of the route and the views?