The 44th annual Dexter-Ann Arbor Run took place earlier this month, and this was the sixth time I’ve run this beautiful half marathon—that shows right there that it must be one of my favorites. I was a little nervous going into this race because I was dealing with a few aches and pains leading up to it. Luckily, at the expo, I received a free massage provided by The Human Performance Collective and it really helped! What a perk of the Dexter-Ann Arbor Run’s well-organized expo.

This race starts off in the quaint town of Dexter, which is west of Ann Arbor, weaves through downtown Dexter to Huron River Drive, and finishing (uphill I must add) in downtown Ann Arbor. This really is one of the prettiest courses out there. This tree-lined route runs alongside the Huron River. I had visions of wanting to jump in to cool off! I was so glad it was cloudy and welcomed a brief rain shower midway through the race—I wished the rain would have lasted longer. Seen along the route this year were turtles and deer. I never knew how hilly the Ann Arbor area was until I started distance running, and this course has its fair share of rolling hills. But at least I know they are there and I tackled them the best I could. 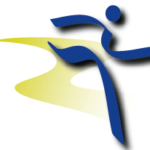 DXA2 is put on by the Ann Arbor Track Club and is extremely well organized. There were a good number of buses to get you to the starting line in Dexter, if you weren’t as lucky as me to get a ride there.  There were plenty of water/Gatorade stations, numerous pace groups provided by my favorite local running store Ann Arbor Running Company, a beer tent for celebrating afterwards and plenty of goodies at the finish line. There are also 5K and 10K race options if that’s more your thing.

The race ends just down the street from the Taste of Ann Arbor event, which many people attend after finishing. You get to try all the delicious food from local restaurants. A friend of mine who has an office along the finish always has a big party where my friends and family can cheer me on and where I end up with a Gatorade in one hand and a beer in the other!

I am thankful to my local running club, Run Ann Arbor, for all the hilly workouts and long runs to prepare me for this event. We had more than 40 runners participate. Seeing running buddies throughout the 13.2 miles (yes, all our Garmins said 13.2) made the run a lot more fun.

I looked through numerous quotes to end this recap, but RAA’s Coach Gina says it best when she makes us say, “I love the hills!”

Christie Overgaard lives and runs in Ypsilanti. She is a married mom of a 14-year-old son and 12-year-old-daughter. She has been an avid runner for about 7 years and is looking forward to her sixth marathon in NYC this November.