This Memorial Day weekend, several hundred runners will take part in the third annual North Mitten Half Marathon & 10K at Crystal Mountain in Thompsonville, the Benzie County village not far from Beulah, Frankfort and the shores of Lake Michigan. 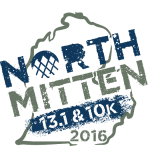 Runners will navigate road and scenic trail during their races — I ran the half last year and loved the beauty and peacefulness of the course — and they’ll also be doing something more: helping support this northern Michigan community’s effort to build a track that encourages healthy lifestyles for people of all ages.

The North Mitten is partnering with a group of coaches, parents, alumni, and supporters behind the BACK THE TRACK  project, a fundraiser “dedicated to giving student athletes at Benzie Central and community members a track and field facility that they can be proud of; a facility that reflects the pride current, former, and future members have for Benzie Central Track & Field,” according to the web site.

It was great to learn of this fundraiser and partnership from Janice Davidson, race director of the North Mitten and director of recreation at Crystal Mountain. She also put me in touch with Asa Kelly, head coach of cross country and track & field for Benzie Central Schools, who ran last year’s North Mitten 10K. Asa, a second-grade teacher and race director, hopes to run the 10K again this year.

“Every spring and fall is so up in the air for me as far as racing goes,” the 37-year-old Beulah resident says, “but I do plan on getting back over to race most likely the 10K. When you have a great event in your backyard, it is a shame to not lace em up!”

Read on for more about Asa, who started running in his hometown of Grand Haven. Also: North Mitten has generously offered up free race entries — a total of 4, two entries for the half and two entries for the 10K — and I’ve got the giveaway details at the end of this post.

When did you start running and why? How long have you been coaching for Benzie?
I grew up in Grand Haven, and ran cross country and track in high school. From there I went to Grand Valley State University and did four years of the two as well. My last year I ran for Coach Jerry Baltes, and that likely made this biggest impact on me as a runner, as well as teaching me some great things as a coach. I began running track in middle school because my parents really pushed all of us (their kids) to be involved in things. I was too small for nearly everything else, so track seemed logical. It wasn’t until 9th grade that I started cross country, and that was because a good friend didn’t want to try it alone. He did it one year, and I’ve been doing it ever since!

I started coaching girl’s track in 2003 with my wife, Traci. I began volunteering with Coach Pete Moss with the CC program the following fall. We have done track ever since, taking over the boy’s program as well a handful of years later. After 5 years of volunteer coaching with Coach Moss, he handed over the reigns, so to speak, in 2008. I’ll be honest, before coming north to Benzie, I didn’t know a thing of their rich tradition and history in these sports, so it was truly a blessing to come into these great programs.

You ran the North Mitten last year – How was the race for you?
Because it was during track season, I was only able to race the 10K. I would’ve LOVED to run the half, but it is just so hard to train for that during the season. That is what my summers are for!

The 10K was great, as it was 80% trails (maybe more), which I love. The trails were not technical, and for a good portion of them you could run side by side. The course was well marked, and volunteers were everywhere. Everything Crystal Mountain puts on is top notch, and I knew this would be nothing less. 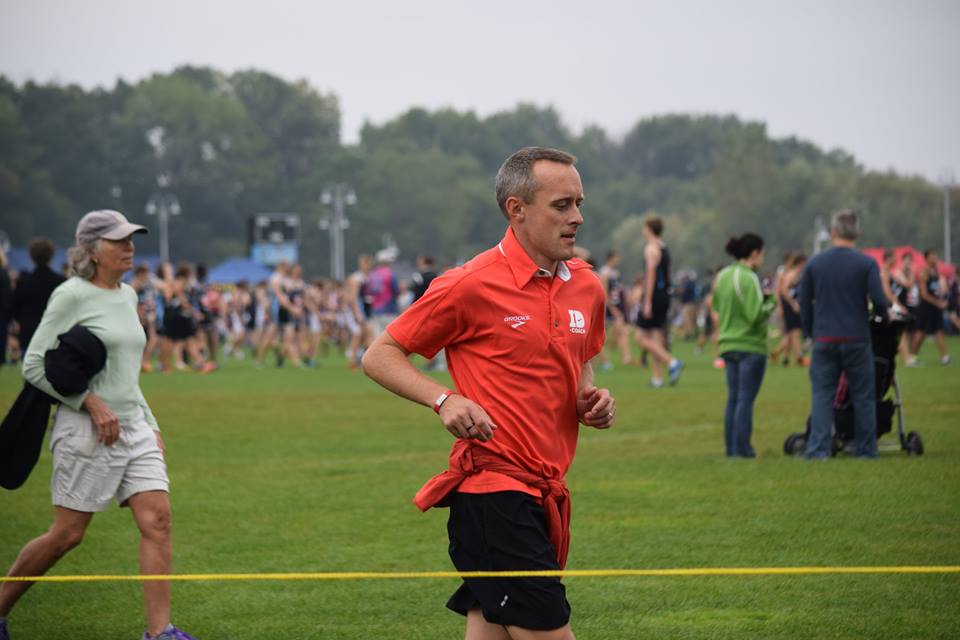 What tips would you offer other runners interested in running this particular race?
Prepare for a great weekend in Northern Michigan! You can truly make it an entire holiday weekend, with loads going on in the area. There is a reason why I moved here, and that is because it is like a vacation every day.

As far as preparing specifically for the North Mitten, I wouldn’t say there is anything specific you need to do. Maybe be somewhat comfortable with trail running, but that is not critical, as these trails are well kept. The venue, awards, race management, and “extras” are all what you would expect out of a major event, but with more of a “small town” feel.

Any other Michigan races you’re looking forward to in 2016?
My races are so less important to me nowadays in comparison to my coaching and the kids. They are #1 in my running world. I will likely run 1-2 summer half marathons, as well as some 5Ks with my HS kids. Since I direct the Beulah Firecracker 5K on the 4th of July, I can’t race in that one, but the other event I direct, the Crystal Lake Team Marathon/Marathon, is always one of my favorite and dear to my heart, so I always find a way to get a team together and run that one. That is the race that first brought me to Benzie County in the first place back in college. What a small world it truly is.

Giveaway Details: Four entries to this year’s North Mitten Half Marathon & 10K will be awarded to readers. To enter this giveaway, please share in the comments section below 1.) Why you want to run North Mitten this year and 2.) What distance you’d like to run. Two (2) 10K winners and two (2) half marathon winners will be announced here on the blog next week, by Wednesday, March 16. The contest begins today, March 8, and ends at 11:59 p.m. Tuesday, March 15. Winners will be selected at random. Good luck, everyone!