In the past 2 ½ years, Wyoming, Mich. runner Robert Woldhuis has competed in almost 90 running events, including 29 half marathons, three 25Ks, four full marathons, a 50K trail race and, this October, his first 50-miler, which took place in Door County, Wis. Runners throughout the state know Robert, or are at least probably familiar with who he is, given he’s the friendly, outgoing guy wearing a colorful tutu and carrying an American flag during races. “The tutu for me is a reminder to not take life too seriously. It inspires people to smile and laugh,” says Robert, 41, who created a Facebook page titled Adventures of Tutu Man.

Finding levity in life and sharing it with others is important to Robert, who spent a good chunk of his life struggling to maintain healthy relationships, remain sober and stay out of trouble with the law. He ultimately served a five-year prison sentence because of drug crimes he committed and scams he orchestrated. It was in prison in 2014, on a half-mile dirt track, that Robert discovered running and its transformative power. 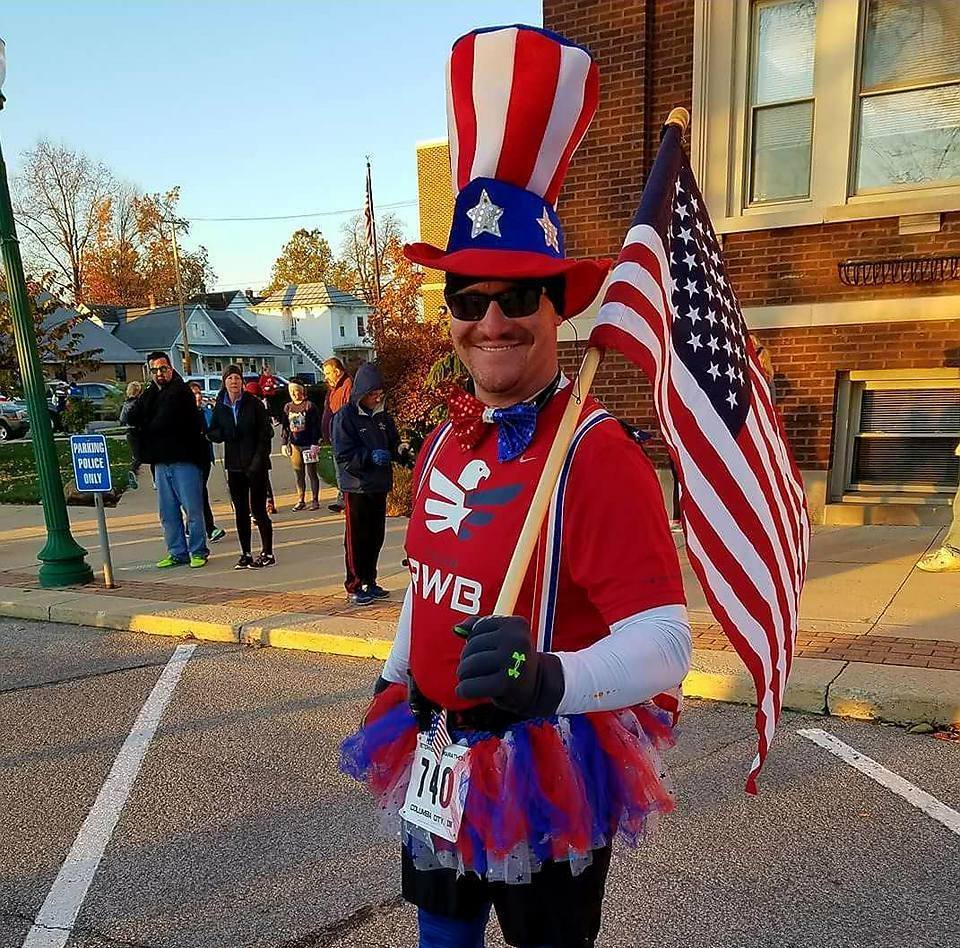 I met Robert last summer, at the Mercy Health Seaway Run and Lake Michigan Half Marathon in Muskegon. As a Ragnar Relay Michigan ambassador, he was working the Ragnar booth that happened to be next to the MRG booth. We got talking and he shared some of his story. I’ve been wanting to know more about him and his life journey ever since. On this episode of the Michigan Runner Girl podcast, we talk about how running opened up a new world to him as well as triggered a new life’s mission. He’s especially excited about being named to the 2018 Fifth Third River Bank Run Road Warrior Team of Ambassadors. {To listen to this episode, click on the player at the top of this post. Or, download the episode using your favorite podcast app.}

Whether on the road or trail, or behind a race expo booth table, Robert is passionate about connecting with others.

“My favorite memory of the 50-mile race was the fact that I probably got to share my testimony and listen to other people’s stories probably 10,12, 15 times … A big part of the healing part of the journey that I have been on — you know, I’ve been sober for a little over 7 years now — and a big part of that was just transparency and accountability with some people in my life. The transparency comes in with being more of an open book, instead of being reclusive and shoving issue down and not talking about them. It’s being open to talk about things.” 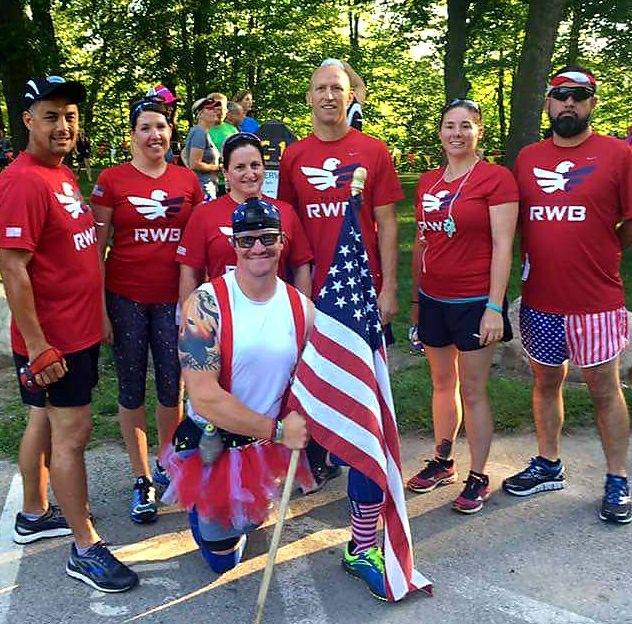 —
The Michigan Runner Girl Show is made possible in part by the Grand Traverse Resort & Spa.