Sarah Van Timmeren couldn’t imagine running double-digit distances — the Grand Rapids mom of two started running in 2000 and had found a groove tackling shorter races, like 5Ks and 10Ks — but a friend involved with the early fall Holland Haven Marathon and Half Marathon helped her consider the possibility.

“I first heard about Holland Haven from a good friend who I went to college with and who was on the planning committee for the race,” Sarah recalls. “I mentioned to her that I had never wanted to run a race that far, but if I would ever do one, I would do one she was involved in … After some encouragement from her, I signed up!”

“I had a moment of panic after I pushed submit on that registration — what have I done?!” she says. “But continued encouragement from my friend Virginia and having another friend sign up for her first half with me was perfect. Virginia believed that I could do it LONG before I did. I deal with some weird health issues — chronic fatigue, muscle fatigue and exercise intolerance, heat/cold intolerance — but I refused to let those beat me.”

This was two years ago, and not only did Sarah run the Holland Haven Half Marathon in 2014, she signed on again for 2015. She also squeezed in another 13.1 in late fall 2014 — the Detroit Free Press Half Marathon.

“As I started to train [for the 2014 Holland Haven Half Marathon], I realized what I was able to do and how far I could push myself,” she says. “Long run days, I knew I would need a long rest time afterward. On hot/humid days, I knew I needed at least three bottles of hydration (and still sometimes ran out), but I kept pushing. I ran my first half marathon, then 15 days later I ran my second in Detroit. I realized that my body is not able to handle that, but I am very proud that I did both and beat my original time goal on both!”

The Holland Haven Marathon and Half Marathon, which consists of road and bike paths rolling over beautiful hills and along Lake Michigan, and was recently featured on the MRG Podcast, is set for Sunday, September 11. Race founder Eddie Kline started the event in 2014 because “running along the lakeshore in Michigan during the summer is beautiful — better than in the city. Many west Michigan runners already run Lakeshore Drive and it makes sense to have a hometown race and run on home turf.” 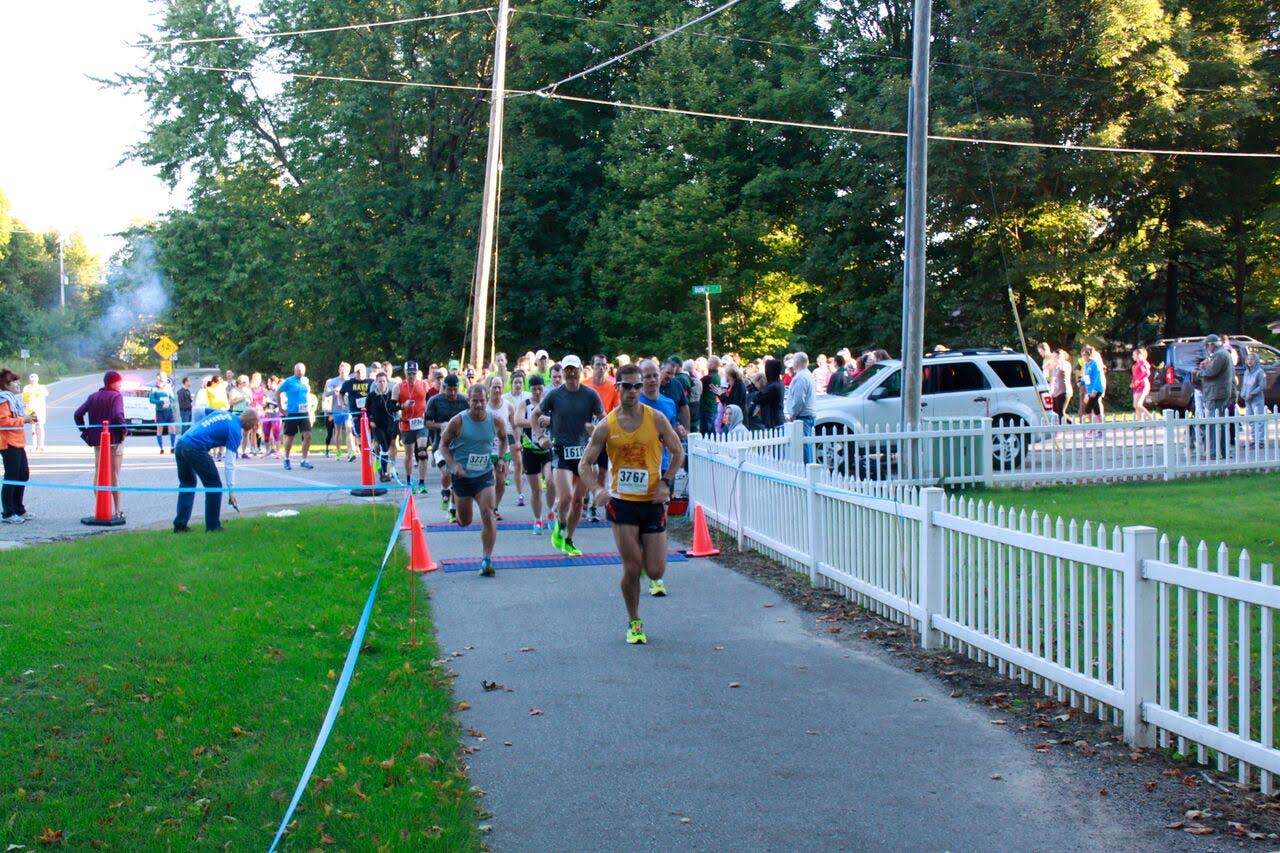 Another bonus of this race: the early September weekend allows for mild weather and a last chance to qualify for the Boston Marathon.

Camp Geneva, where the half marathon starts, is the race’s charity partner. “We want to give back to the Lakeshore community,” Eddie says. “Many of our runners, volunteers and sponsors send their kids to Geneva.”

Sarah says she likes that this race is point-to-point.

“The first year we ran from north Holland to Grand Haven (the full ran from downtown Holland to GH) and it was along the paved path and running along the GH beach and I loved it,” she says. “Many of the residents were out cheering us on and with the point-to-point, my family was able to drive a few miles, get out, cheer me on, and then drive a few miles farther, and repeat. The second year, the race flipped and we finished in Holland. At one point I was kind of spacing out, just running my race, when I looked to the right of me in some woods and there were a couple of deer! Always a new adventure!” 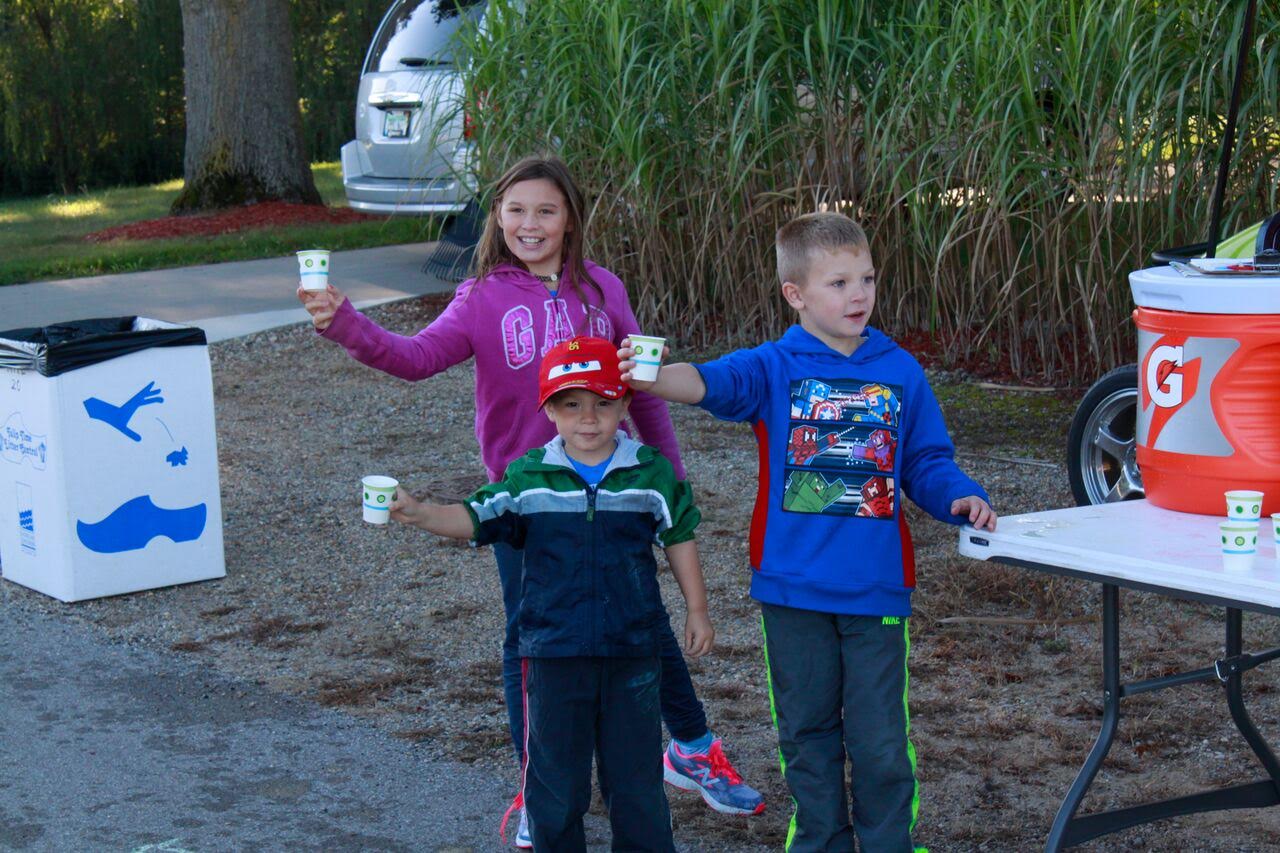 Will Sarah be at this year’s Holland Haven Marathon and Half Marathon on Sunday, Sept. 11? Well…that’s a bit complicated.

“The biggest bummer to share is due to injury, I won’t be able to run this year,” she says. “Back in March I was running on a path, stepped off for a few steps to run around someone, and hit uneven ground, popping my left foot up. It hurt, but I’m stubborn and since I always have some ache or pain I took it easy but kept running.”

She saw a doctor in April but an X-ray showed no injury. So she ran a 5K in Grand Rapids. Still, her foot continued to hurt and ultimately she got an MRI that revealed “significant bruising and swelling of the bones from the joint to the mid-foot.” She wore a boot for five weeks and will be in a brace until at least mid-July.

“The hardest part of not being able to run was that I knew I wouldn’t be able to run in Holland Haven this year. I had already created a significant base so my goal was to sign up for the half and train like I was running the full and see what my body could handle. That goal is obviously being pushed off until at least next year. I have learned to embrace my stationary bike in the meantime.”

She just may show up at the race, though — to help out. “I am contemplating volunteering at the race, just because I truly do love it so much.” 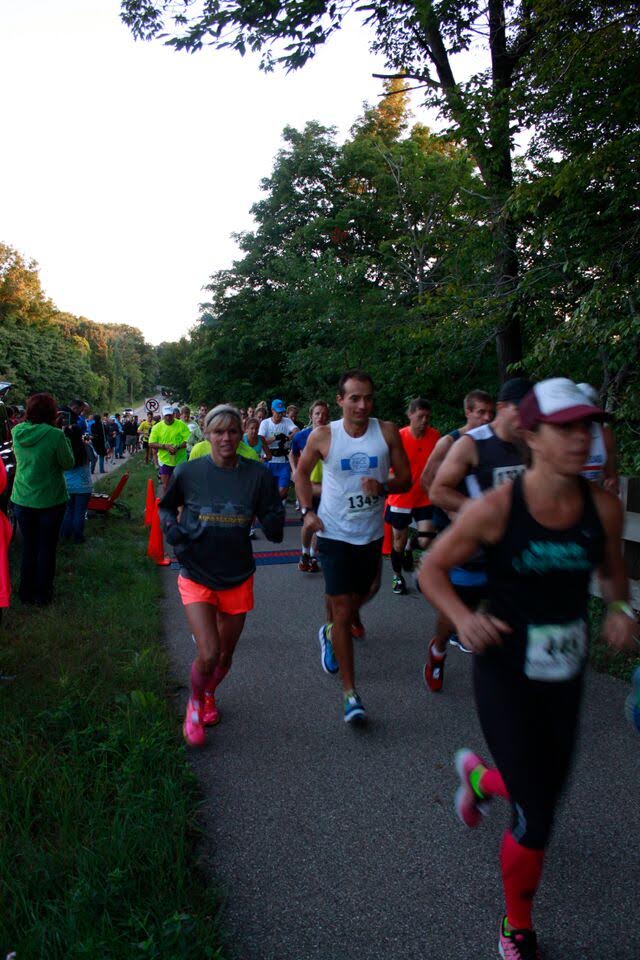 Here’s what runners can expect at the post-race party:

– Sponsors and vendors have booths set up for shopping, giveaways and massages.

– Free beer, free cookout and drinks for all runners, volunteers, families and spectators.

– Free and open rock climbing for all families and kids.

– DJ at finish line with music

– Live band in after party area at CrossFit Soaring Ledge

—
Ready to sign up? Prices go up this Friday, July 1. Use this code — HEATHER — to save 15% off your race entry. For more information about the race as well as details on parking, lodging options, registration and more, visit the race site here »