Welcome to the latest post from MRG contributor Heather Quinlan, who is sharing her journey of training for four half-marathons this year. Read her introductory post here »

There are less than 10 days until the Traverse City Bayshore Half Marathon. At this very moment, I feel more excitement than nerves. Perhaps it’s because I’m coming off a 7-mile run where, mile by mile, I felt ridiculously strong, or it could be because the last few weeks of exercise and training truly FEEL like they’re paying off (mentally and physically). Whatever the reason, I’ll take it and hope this feeling of excitement and confidence endures for the next several days.

I participate in several running groups on Facebook. Recently, one of the groups had a post referring to the eternal “runner vs. jogger vs. you’re just a walker” debate. There were nearly 100 comments in response. Now mind you, this “debate” is as old and heated as the “vegetarian vs. meat-eater” debate with maybe slightly less bitterness…maybe! I didn’t partake in the discussion. I remained a “silent” observer. However, some of the responses made me ponder… “Well… what am I? Am I a runner?” As is typical with any controversial topic, there were responses from all points of view. When a person is truly passionate about something, she speaks from the heart. The words aren’t meant to harm but are merely representative of that passion. Honestly, I don’t find fault with those who may scoff at what I have accomplished as a runner and think that I don’t measure up to the standards and expectations of the sport. I get it; I do. There are times when I’m not certain that both of my feet are elevated off of the pavement during my stride. Depending on the race, the distance, how I feel, I do stop. I utilize various forms of a run/walk interval method. I’m probably someone you will pass (on the left) as you run at a pace that my big-boned frame only dreams about. And yeah, my pace is probably considered a “jog.” But in my heart, I’m a runner and regardless of how it looks to the observer, I run … anyways. Allow me to explain what I mean: 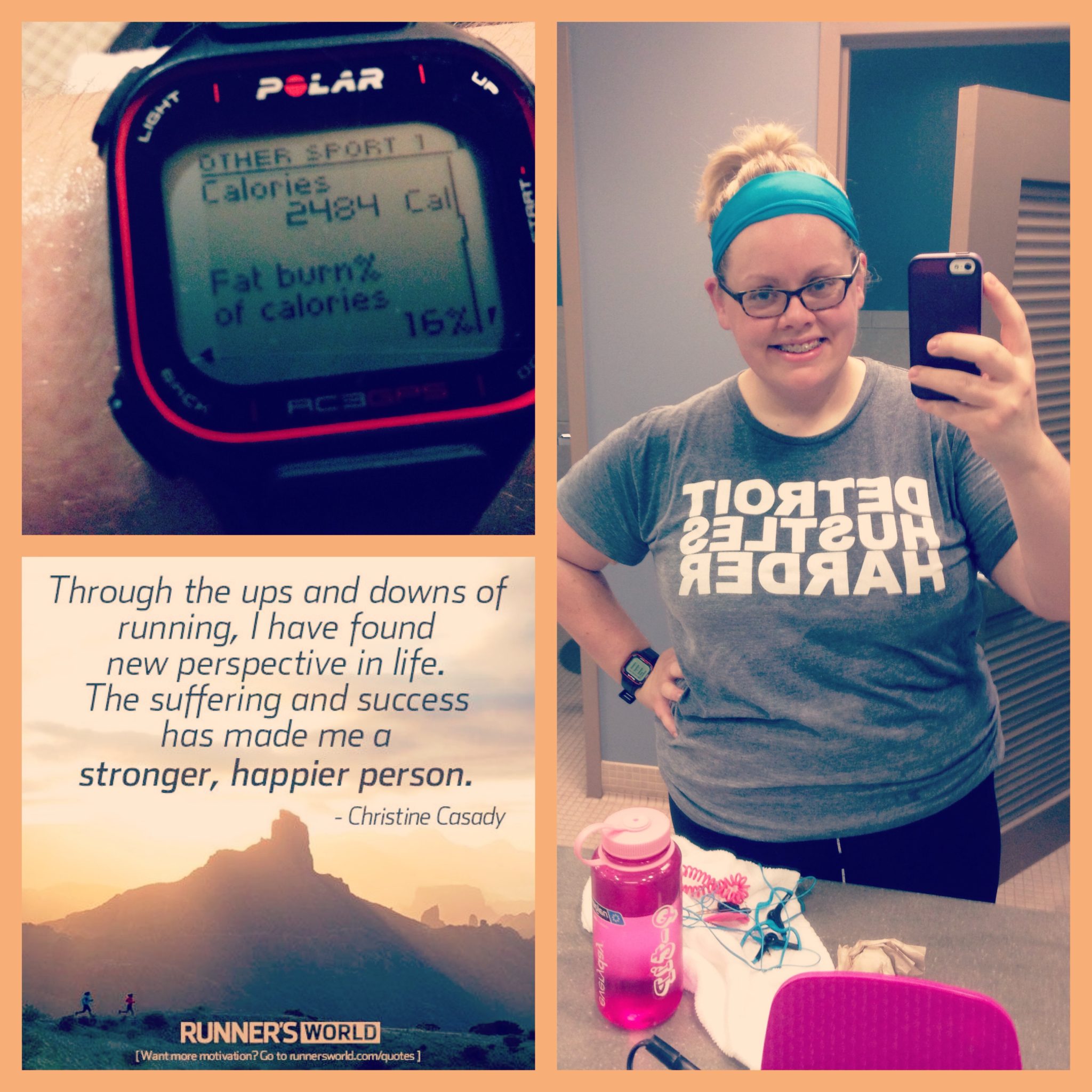 A little over two weeks ago, I had my 10-mile training run. Ten miles takes me a good 2:20, so needless to say, any time I am doing at least four miles, I have plenty of time to think. Intertwined with my intervals of running and walking were segments of happy and not-so-happy thoughts. As always, I questioned why on God’s green Earth I think I can do this kind of stuff? But that particular thought has become par for the course; it wasn’t the first time and it surely will not be the last. But instead of making my run feel longer by lacing it with negative thoughts, I tried to remind myself of why I am a runner, why I DO run.

Growing up, I was a pretty quiet kid. I was the one who sat and observed, didn’t cause problems, and rarely raised my voice. I’m sure my weight had something to do with all of that – why draw attention to myself when I didn’t have to? I wasn’t a part of the popular crowd, yet I wasn’t disliked either. I was just me. And sure, there were times when I was allowed an opportunity to step out of my little bubble a bit, but other than those occasions, I was fairly quiet, observant, and always dreaming of something better—something awesome.

Though it’s been a work in progress, slowly evolving over time, running is that something awesome that has helped me to find my voice. Granted, at times, that voice has a few choice words for me, but yet, when I run, it belongs to me. I own it. It is mine. Coming from the girl who felt the opposite as she grew up, I’d say that’s pretty empowering and a habit worth keeping. 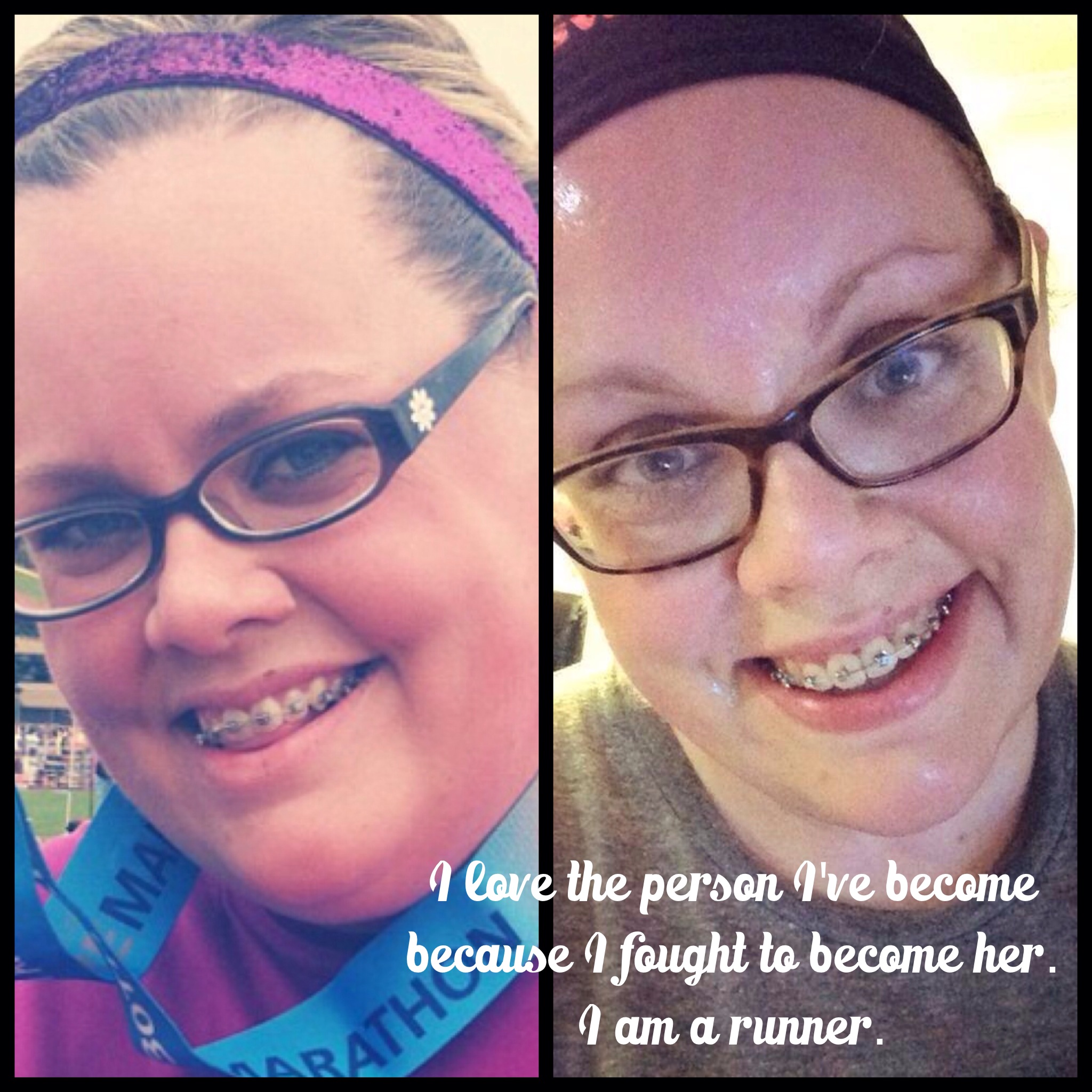 I was teased growing up. Not horribly, but still, it happened. My weight has always been a hindrance, both figuratively and literally. As I grew up, it got to the point where the easiest way to deal with my weight was to make sure I was the first person to crack a joke about it. Beat them to the punch, you know? I know what it’s like to feel as big as a house and as tiny as a mouse, all at the same time. But as I’ve improved my health, taken up running, and discovered my voice over the last couple of years, I’ve come to realize that I run for all the young girls and women who have been teased and feel like they’re not worthy of respect. Yes, I run for the “big girls.” I don’t say that disrespectfully, because heck, I am one! I say that WITH the utmost respect because I know what they’re thinking. I know how they’re feeling. I run to show them that anyone who has ever doubted or teased me, past or present, do not have power over me anymore. I have the power.

Running has given me the power and strength to realize that, and I pray that my example can give “past, present and future Heathers” the power to realize their potential, too. Running will numb and eventually heal the pain. I promise.

So whether others want to call me a “true” runner or not, honestly, I really don’t care. I know what I’ve been through. I know the obstacles I’ve faced, and I know how running makes me feel. So in my eyes and in my heart, I am a runner. And on May 24, this “runner” will tackle 13.1 miles. Maybe I’ll set a PR, maybe I won’t. Maybe I’ll stick to the run/walk intervals I’ve trained with, maybe I won’t. I’ll just let my heart and soles dictate the pace. Maybe THAT is why I run, because it’s surprisingly unpredictable. And in a world where so much isn’t guaranteed, I can guarantee one thing: it is going to be one fun 13.1.

See you at the finish line!

6 Responses to “Happy Pace Diaries: ‘In my eyes and in my heart, I am a runner’”