Jon Conkling’s wake-up call came in late 2011. It was then that the Ada, Mich. husband and dad of five decided it was time to make a change–a big change.

“Like many of my peers, I spent most of my 20s and early 30s working too much, sleeping too little and not taking care of myself, despite running on and off during that time,” he said. “I decided to try start being consistent in my running and quickly started losing my ‘dad-bod.’”

To keep the momentum going, he signed up for the Olympic distance at the Grand Rapids Triathlon in 2012.

“I had never run a 5K, let alone competed in a triathlon, so I really had no clue what I was doing or what I had gotten myself into,” he remembers.

But something clicked inside of him during that race experience.

“After finishing the distance and suffering through swimming, biking and running on an extremely hot day, I was hooked,” said Jon, 43. “I finished four more tri’s that summer and over the next two years, I threw myself into the lifestyle headfirst, finishing numerous races and half-iron distance events at Grand Rapids and Michigan Titanium.”

By the end of 2015, Jon had finished his first full Ironman in Wisconsin — and he has not looked back. 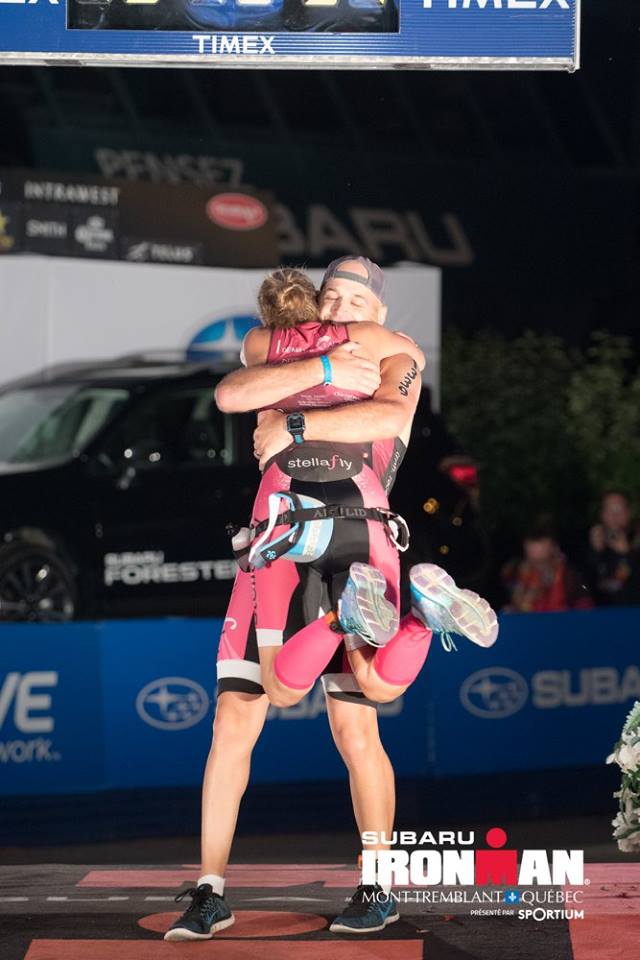 I recently caught up with Jon to talk with him about his health and wellness journey, and to also talk about his racing plans for this summer. One race he’s looking forward to: the 2019 Brainy Day Trail Run presented by Subaru of Muskegon.

“I have done everything from small backyard-type races to large triathlon events, so I did not know what to expect when I arrived at the race site [for the Brainy Day Trail Run] in Nunica,” he said. “As soon as I pulled up, I instantly saw how picturesque the race was going to be. I was really shocked by the variety of the race course itself, as it winds through fields, woods, along the edge of a pond… just so much variation!” 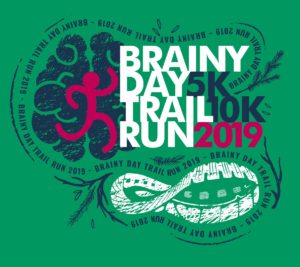 “The post-race food and drink took me completely by surprise – it was ‘large race’ quality, making the experience for runners that much better,” he said. “I really can’t think of one negative thing. The race director and crew put on a top-notch event.”

Here’s more from my conversation with Jon, who is a team member of Stellafly and owner of Drivn Threads, a lifestyle clothing brand.

The thing I love most about endurance racing is two-fold: First, the effect it has had on my family. During my first few years in this sport, it was a very solitary activity for me. My family put up with spectating long hours at races and with my training year in and year out. After finishing Ironman Wisconsin, my wife, Amanda, who was not an athlete at all, started to wonder if she could do it. That’s when triathlon became a family activity. After that my wife and I trained and raced together for her first marathon and then we spent a year training together and crossing the finish line together at Ironman Mont Tremblant. Our children have also completed various kid tri’s over the years and some have their own triathlon aspirations once they get older.

Second: endurance racing has really reinforced to me that anything really is possible if you decide to put in the effort. What my wife and I and our friends do now, would have seemed completely nuts and impossibly hard 10 years ago. I’ve learned, and hopefully my kids have learned, that what seems “impossible” just takes effort and dedication. It’s really 90% mental and taking steady steps toward your goal. 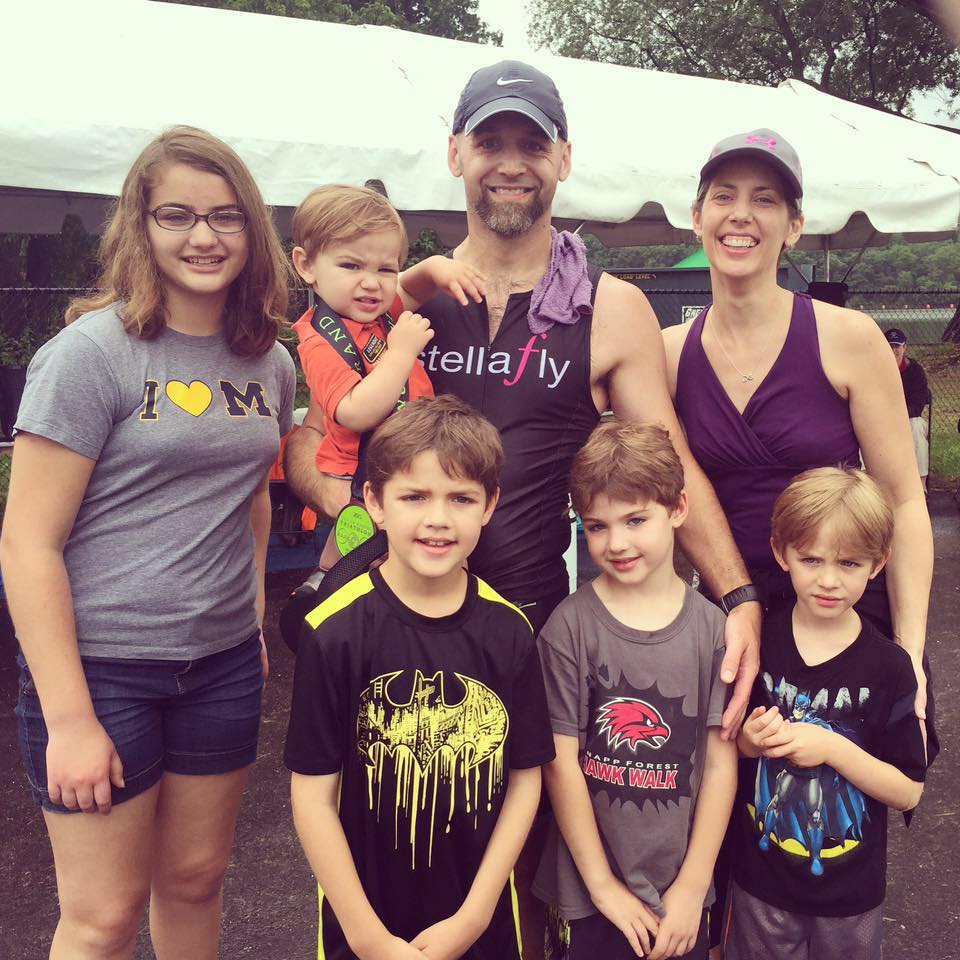 How did you get involved with Stellafly?

I casually knew Laura Caprara, founder of Team Stellafly, and we chatted about the team in early 2015. They were small and family-focused and appealed in a lot of ways to what I had hoped to find in a team. When Laura offered me a spot, I jumped at it and have a been a part of Stellafly ever since. I have enjoyed watching the team grow over the years and add lots of athletes of different ages and paces and from all walks of life.

How did you get involved with the Brainy Day Trail Run? Why do you think runners should give this race a try?

I had been designing the race shirts for The Grand Rapids Triathlon and Michigan Titanium for a few years when Brainy Day’s race director, Kevin Curley, approached me early in 2018 about possibly redesigning the logo and shirts for Brainy Day. Kevin had seen the Grand Rapids Tri shirt design on social media and was looking to do something different with Brainy Day and really try and take the race up to the next level. I investigated Brainy Day and what it was about, as well as how it started and decided to come onboard. It has been a pleasure working with Kevin and everyone at Brainy Day, and I have stayed on this year for their 2019 shirts and we are already talking 2020. 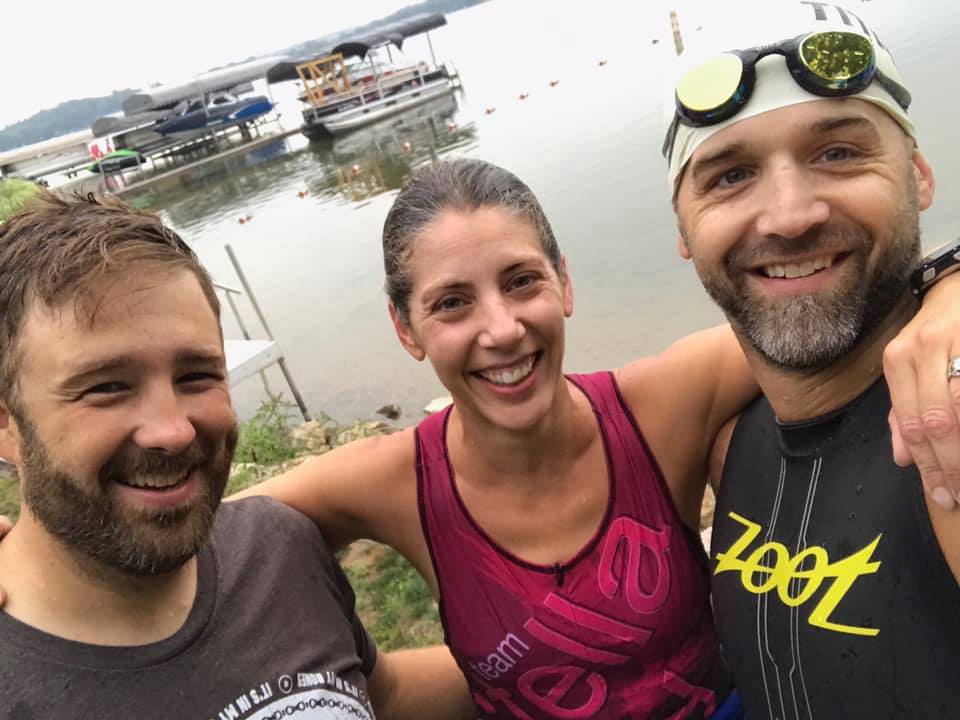 You’ve got some big news to share…can you give us some details?

The thing I am most excited about is that I am making the transition this year from triathlete to Race Director. Starting in 2020, along with my partner and fellow triathlete, John Mosey, we will be the new Race Directors and owners of The Grand Rapids Triathlon and Michigan Titanium races. We have been working very closely with Ann and Andy Vidro this year, who created and have run these two world-class events since 2011, to ensure a seamless transition. John and I are excited to take our passion for this sport and our triathlon community and apply that to the 10th anniversary of GR Tri and the 9TH Michigan Titanium races in 2020 and beyond.

Want to join Jon at this year’s 2019 Brainy Day Trail Run presented by Subaru of Muskegon? Learn more and get registered here »